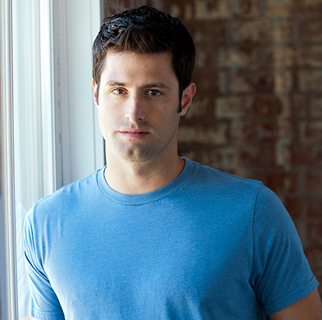 Cocaine is a powerfully addictive stimulant that directly affects the brain. It's made from the dried leaves of the coca plant. Cocaine generally is sold as a fine, white, crystal powder. It's also known as coke, C, snow, flake, or blow. Street dealers often dilute it with things such as cornstarch, talcum powder, or sugar. They may also mix it with other drugs. These can include procaine, a chemically related local anesthetic. Or stimulants such as amphetamines., or synthetic opioids, including fentanyl. The powdered form of cocaine can be snorted into the nose. Or it can be dissolved in water and then injected into a vein.

Crack is the street name for the drug's freebase form. This is processed to form a rock crystal that can be heated in a pipe. The vapors are then smoked. Crack cocaine resembles white or tan pellets. The term crack refers to the crackling sound heard when the mixture is smoked. Because crack is smoked, the user gets a high in less than 10 seconds. The immediate effects and crack's low cost have made it popular.

Cocaine use ranges from once in a while to nonstop. There is no safe way to use the drug—any way it's taken can lead to a heart attack or stroke that could be fatal. And using cocaine during the hot summer months is more likely to cause overdose and death.

Cocaine is a stimulant. Its effects appear almost immediately after a single dose and disappear within a few minutes to less than an hour. The drug often makes the user feel happy, excited, energetic, talkative, and mentally alert. It also can briefly decrease the need for food and sleep. The short-term effects also include increased heart rate and blood pressure, narrowed or constricted blood vessels, increased temperature, and dilated pupils.

Cocaine also may cause bizarre, erratic, and violent behavior. It can cause psychosis and hallucinations.

The health consequences of long-term cocaine abuse include disturbances in heart rhythm, heart attacks, respiratory failure, strokes, seizures, convulsions, and coma. Cocaine abusers are at increased risk for contracting HIV or AIDS. This is due to sharing contaminated needles and other drug paraphernalia. It's also due to increased risky sexual behaviors.

If you are addicted to cocaine, see your healthcare provider for help in breaking your habit. Your provider can also point you to outpatient or residential treatment programs. Cocaine abuse and addiction is a complex problem. It involves changes in the brain as well as complicated interactions with social, family, and environmental factors.

© 2000-2023 The StayWell Company, LLC. All rights reserved. This information is not intended as a substitute for professional medical care. Always follow your healthcare professional's instructions.

About StayWell | Manage Cookie Preferences| Do Not Sell My Personal Information